E.ON UK CHP is part of E.ON UK, one of the UK's leading energy suppliers and part of the E.ON group, the world’s largest investor owned utility company. E.ON UK CHP owns and operates the combined heat and power interests of the Company. E.ON CHP have invested over £480 million in larger scale CHP schemes in the UK and currently provides customers with more than 577MW of electricity and 948 MW of heat.

E.ON UK CHP plants are integral to industrial processes such as Chemical or paper making. As a result of the diverse range of plants & equipment there was identified, by E.ON CHP, a need for specialist contractor support on the Electrical Rotating equipment throughout the CHP portfolio. As such a multi-site contract was established with RE Field Services Ltd to support both planned & unplanned events ranging from 25 day outages to one off  24/7/365 Call Out coverage. From its initiation in 2005 the contract has been renewed on two occasions and consists of support for ten separate sites from Leeds to the North, Kent to the South & Sandbach to the West.

RE Field Services Ltd personnel have embraced the zero harm safety culture developed by Eon and have participated with its principles & philosophy and maintains the contract to this day.

In 2014, RE Field Services Ltd were nominated for Contractor of the Year within E.ON CHP.

With realistic costs and transparent costing Methods, RE Field Services are always easy to communicate with on all levels of the company structure.

I have personally had a positive and productive business relationship with RE Field Services throughout the lifetime of the contract which has now being renewed twice.

They provide consistent quality and are fully engaged with Eon’s safety systems, policies and initiatives. RE Field Services prove to have an excellent Emergency callout turnaround with their factory and equipment improving on a regular basis.

I would recommend RE Field Services as the company has proven to be consistently effective in identifying problems and providing appropriate short and long term solutions.

In November 2014, RE Field Services Ltd were involved in the installation of a new 58MVA Generator at Thornhill Power Station in Dewsbury on behalf of EON UK CHP.

The project involved the removal & replacement of a dual driven gas and steam turbine generator which was due for renewal as a result of a rotor winding failure. RE Field Services Ltd Project Managed this unit was removed in October 2014 inclusive of all heavy lift logistics and transportation off site.

RE Field Services  followed the principles of their Environmental Policy procedures to recycle the faulty unit in as safe and environmentally friendly manner as possible.

Following on from the Generators removal and delivery of the original skid to Brush Electrical Machines, a modified skid and new Generator were transported back to site. The new Generator was custom built by Brush Electrical Machine and delivered to site by 13th November 2014. In the space of two weeks the Generator was installed and made ready for commissioning an undertaking which would not have been possible but for good Team Work, Project Management and customer liaison across all involved.

RE Field Services Ltd delivered the re-installation on programme, in line with the specification and with zero harm achieved.

The site programme was described as “challenging” by RE Field Services Ltd Managing Director Paul Ratcliffe. Campbell Edgar, Commercial Director of RE Field Services Ltd said post works “the efforts shown by all parties involved during the Thornhill Project, is testament to the good working relationship we have built and continue to have with EON CHP. We are delighted to have been involved in meeting this schedule and been able to assist in such a successful rejuvenation project”.

The return was excellently planned and managed and everyone involved had clearly made an enormous effort.

RE Field Services Ltd offer a full and flexible service as a norm but also whilst involved in Major Outages on site as demonstrated below.

During a recent Major outage on a 47MVA Generator in Winnington, conducted on behalf of EON UK CHP, it emerged that the Boiler Feed Pump assembly required to be replaced.

RE Field Services Ltd had mobilised their site services units to site. One is fully kitted out as a workshop and the other contains all lifting, test and calibration equipment required for a Major on a Generator. These SSU were therefore utilised to assist the client in the emergent works required to first design and manufacture a cradle to remove the existing Boiler Feed Pumpset and replace it with a new one.

The site team adapted and undertook this additional challenge within the timescales of the existing outage plan and delivered the Boiler Feed Pumpset ahead of the Return to Service date.

RE Field Services Ltd Commercial Director Campbell Edgar “This project demonstrates our flexibility and reactiveness to undertake additional challenges at short notice and deliver to the specification”.

RE Field Services Ltd were working on site carrying out generator maintenance.

They were asked if they could carry out the boiler feed pump set replacement.

They took on the task, carried out the work as always in a safe and professional manner and within the timescales allocated. 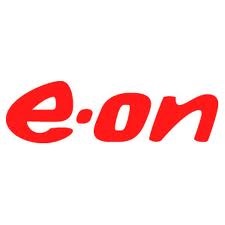